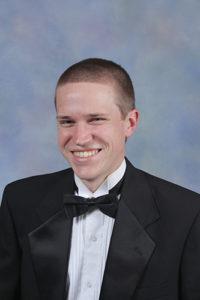 Adam Tackitt graduated from Ridgeland High School in 2009, where he received many awards, including “Most Outstanding Musician” and “The John Philip Sousa Award”. Upon completion of his high school studies, Mr. Tackitt attended the University of Southern Mississippi, majoring in Music Education. While at Southern Mississippi, he was a member of many ensembles, including “The Pride of Mississippi” Marching Band, Symphonic Winds, Wind Ensemble, Jazz Lab Band, Trombone Choir, Trombone Octet, and various chamber ensembles such as jazz combo and trombone quartet. He earned his Bachelor’s in Music Education in 2014.

Mr. Tackitt is currently serving as the Director of Bands at Gulfport Central Middle School and has been at GCMS for 9 years. He also assists with the high school marching band and concert ensembles throughout the year.