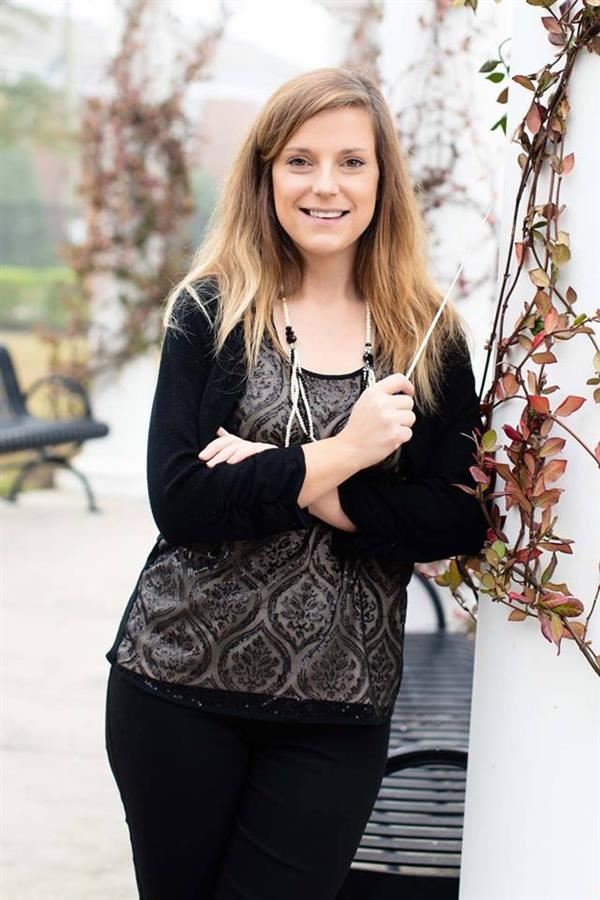 B.ME. Music Education from the University of Southern Mississippi

Candace Schlauderaff is the Choral Director at Bayou View Middle School. She is currently in her 11th year of teaching.

Mrs. Schlauderaff is a native of Poplarville, MS where she attended and graduated from Poplarville High School in 2006. Mrs. Schlauderaff continued her school work by attending Pearl River Community College where she began studying Music Education. There, she served as section leader of The Spirit of the River Marching Band, principal trumpet for the Symphonic Band and lead trumpet for the Jazz Cats. She then transferred to The University of South Alabama in Mobile to study under Dr. Peter Wood. While at South Alabama, she was the principal trumpet in the inaugural Wind Ensemble. After one year at South Alabama she transferred to The University of Southern Mississippi to study under Dr. Jason Bergman and received her Bachelor’s Degree in Music Education in May of 2012. During her time at Southern Miss, she had the privilege of performing with the USM Wind Ensemble under Dr. Thomas Fraschillo and the Symphonic Winds under Dr. Mohamad Schuman.

Mrs. Schlauderaff began her teaching career at East Central High School in Hurley, MS in 2012. While at East Central, she served as the Assistant Band Director and Director of Choral Activities. During her time at East Central, the band received superior ratings in marching and concert. Her concert choirs also earned consistent superior ratings, being the first ever performing ensemble in the Jackson County School District to receive the Sweepstakes Award in 2014 and 2015. While at East Central she was nominated for Jackson County School District Teacher of the Year. In 2015, Mrs. Schlauderaff transferred to Gautier High School and served in the capacity of Assistant Band Director. Under her baton, the GHS Symphonic Band received consistent superior ratings at the MHSAA State Concert Band Evaluation.

This is Mrs. Schlauderaff's fourth year at BVMS. In her time at BVMS, the 8th grade choir has consistently performed and received All Superior Ratings at Choral Performance Assessment.

Mrs. Schlauderaff currently resides in Bayou View with her husband, two dogs and one cat. She enjoys spending her free time playing video games, doing yoga, reading fitness and investment literature, canoeing and kayaking, and spending time with her family and pets.